Queen: Do Not Miss This Movie

Has Netflix suggested Queen to you yet? I watched it, freaked out with joy, and immediately texted my sister, who was all like “yeah, I saw that! It is SO GOOD.”

What a terrible sister, for not telling me about it immediately.

(Just kidding, I love you sister!)

This movie is about a Delhi woman, Rani, who gets dumped by her fiance Vijay two days before her wedding, loses her shit for a minute, and then decides to go on her honeymoon (to Paris and Amsterdam) alone.

Or I could just lay in this bed until I die.

Rani’s a mess, but just can’t stand the thought of missing out on her dream trip (even though her family thinks she’s nuts). At first, when she arrives in Paris, she’s depressed and lonely. But what do you know – it all works out!

This movie strikes just the right balance of serious and silly, and I never wanted it to end.

WARNING: Do Not Watch The Trailer

I’m not even linking to the trailer, because it’s just bad. It’s basically just a mashup of all the scenes where Rani is either crying hysterically or drunk. Why?!? I don’t know. Just trust me on this. Watch the first 5 minutes of the movie instead.

5 Reasons This Movie is Great:

1. It will make you want to travel alone

For a lot of people, the idea of traveling alone sounds scary. Won’t you be lonely? Won’t it be boring without anyone to share your experiences with? It’s easy to fall into a trap of imagining solitary meals, solitary tours, solitary everything. 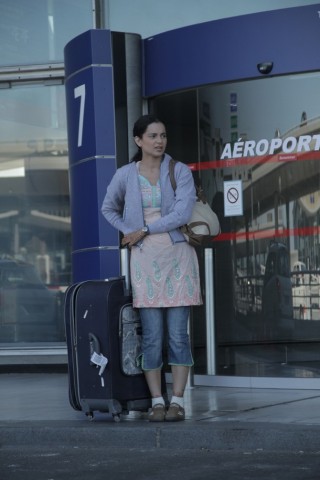 But in reality, all that loneliness is a pretty unlikely scenario unless you want it to be. Like Rani, you’ll probably meet some cool people, and a few crazy things will inevitably happen.

Rani and her new friend, Vijayalakshmi, about to party it up

2. It passes the Bechdel Test, with burping

If you’ve never heard of it, the Bechdel Test was designed to challenge women’s under-representation in films. Here are the three criteria a movie must meet to pass it:

1. It has to have at least two [named] women in it
2. Who talk to each other
3. About something besides a man

It’s sadly pretty unusual for a movie to pass the test. But this one does.

As you would expect, there’s a lot of “I’m so sad because this guy dumped me” stuff, but the movie doesn’t get stuck there. For example, there’s a great scene where Rani and her new Paris friend, Vijayalakshmi, are in a cab, talking about burping. And then they practice.

Rani makes friends with both men and women in this movie, defying the movie tropes of “ladies get other ladies through a breakup” or “cool girl hangs out with all the guys.” The mix feels really authentic, and beautiful.

3. All the scenes with the guys from the hostel

When Rani arrives in Amsterdam, she goes to a hostel that Vijayalakshmi booked for her. But when she realizes that a hostel means sharing a room with other people – and in this case, three GUYS, she freaks out. But there are no other options.

At first, Rani is hesitant.

“If I don’t make eye contact, they won’t know I’m putting on my bra under this blanket.”

But then she warms up to the guys and they become a weird little family: Rani, Taka from Japan, Tim from France and Oleksander from Russia.

They all brush their teeth together in a group.

They help each other find nice souvenirs to bring home to their families.

They go to the red light district and make friends with pole dancers.

And like a hundred other things. It’s all so, so great.

4. Rani kisses someone! And then it goes nowhere.

Rani insults this Italian chef in Amsterdam by calling his food bland, and he challenges her to cook her food at his stand at a weekend fair and see how she does. Annnnd she is a smashing success. Rani studied culinary arts in college, so she’s a pro – this scene is about her getting back to her passion.

And then she kisses Italian Chef.

And that’s it! It’s fun, it’s exciting… and she goes right back to hang out with her friends.

5. The fiance comes running back as soon as he gets an inkling of Rani’s new happiness but NOPE. NOPE.

Does moving on actually have a smell that only exes can recognize? Yes, it does. Ciara says it best: 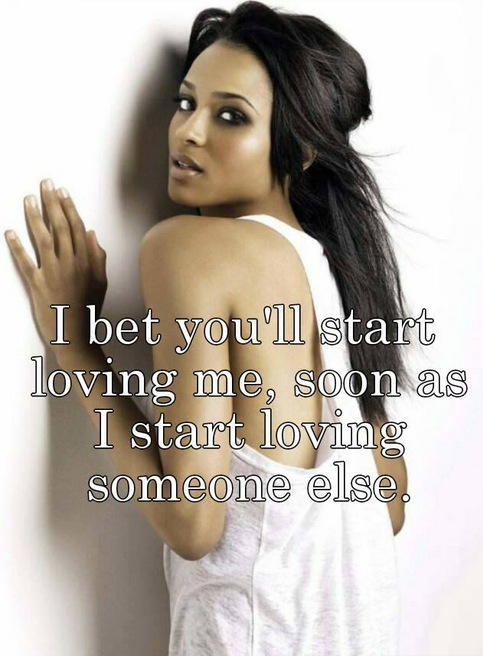 So of course, sad-sack Vijay shows up in Amsterdam at the height of Rani’s fun times. Sigh.

She ignored your 100 phone calls, Vijay. But you showed up anyway.

She *almost* abandons her friends to listen to his endless pleas for reconciliation. But then she comes to her senses, realizes Vijay’s full of shit, and runs off to join the guys for one last rock concert.

I love that the way Rani moved on in the movie wasn’t by hooking up with another guy. She wasn’t like “oh sorry, Vijay, but there’s this Italian chef now.” In Rani’s case, the “someone else” she starts loving is her own self. SORRY VIJAY!!!! Go home.

More Reasons to Watch This Movie

There are a couple of deep moments that will take you off guard. And a really great lizard scene. : )

Last thing: Curious about how the film was received in its home country? Here’s a great blog post describing one person’s experience watching it in a theater in Mumbai.